“The best ideas do not necessarily win. Those that are have captured undemocratic and anti-democratic power. They’ve embedded themselves in bureaucracies and by sheer force, by sheer mass, can dominate our public institutions, can siphon off public funding to promote private political ideologies.” 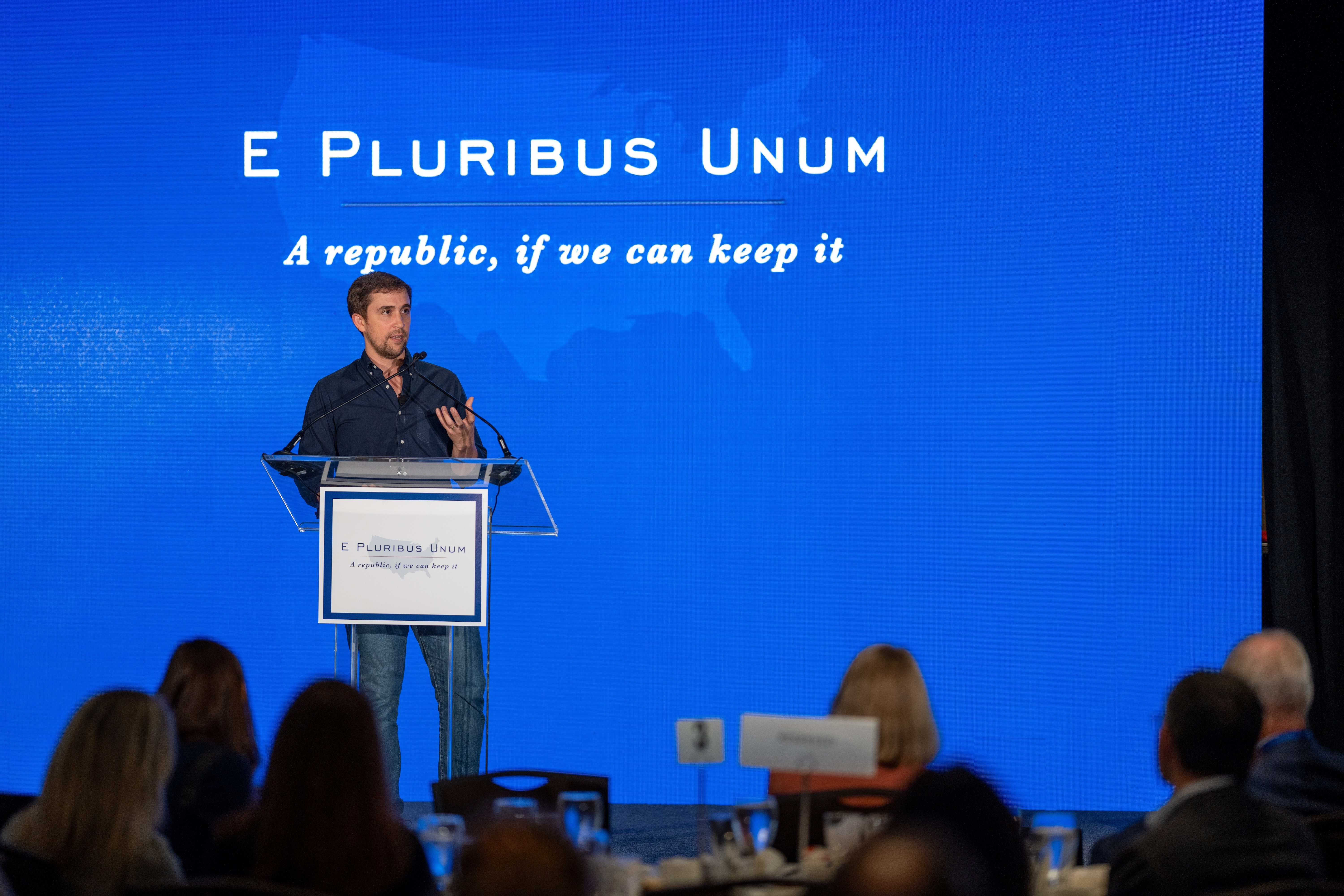 That was firebrand Chris Rufo, Senior Fellow and Director, Critical Race Theory Initiative at the Manhattan Institute, who briefed the audience on Critical Race Theory (CRT) in his keynote, Waging the Culture War. Rufo and his team have built increasing public resistance to CRT in the last two years by exposing formal CRT policies in government agencies and school districts in the national media.

Rufo focused on the false narrative of CRT as “anti- racism” and urged Impact Fund members to support the fight against CRT by amplifying public voices speaking against it. “In order to translate public sentiment into public action, you have to deliver a narrative, you have to deliver information, and you have to deliver people’s passionate energy in a way that is there. That has to be channeled through what I think of as ‘political entrepreneurs’ who can deliver outsize results,” he said.

The cancel culture theme was further addressed at Acronyms Galore: The Real Threats Behind ESG and DEI. Moderated by Dr. Samuel Gregg, Research Director at Action Institute, this panel turned the spotlight on policymaking in American businesses that prioritizes ESG (Environmental, Social, and Governance) and DEI (Diversity, Equity and Inclusion). outsize results,” he said.

Panelist Justin Danhof, Executive Vice President at the National Center for Public Policy Research, spoke about the formidable culture war the three largest asset management firms (which control $20 trillion in assets) are waging in American society by putting proxy vote pressure on the leaders of large, publicly traded companies. Danhof leads the battle in filing right- of-center shareholder resolutions, but the fact remains: 92% of all ESG shareholder proposals in 2021 were filed by Progressive groups.

“The counterparts to what I do, the 80 to 120 groups on the left, don’t care about the profits of the companies they engage in as investors. They’re using the companies as a proxy for a fight in the culture wars.”

Panelist Andrew Puzder, Former Chief Executive of CKE Restaurants Holdings, pointed out that in many cases, these company leaders don’t want to stray from their profit-driving strategies. However, they are under fire from investors, their own employees, and public opinion to manage their businesses according to ESG priorities. The result is a strong influence on American culture, not by a representative government, but by the ideology of a few.

Danhof encouraged the Impact Fund community to make clear to the companies they invest in that they do not support ESG policy-oriented management. Members can also visit www.nationalcenter.org to download the Free Enterprise Project’s annual Investor Value Voter Guides for information on proxy voting that upholds traditional American values.