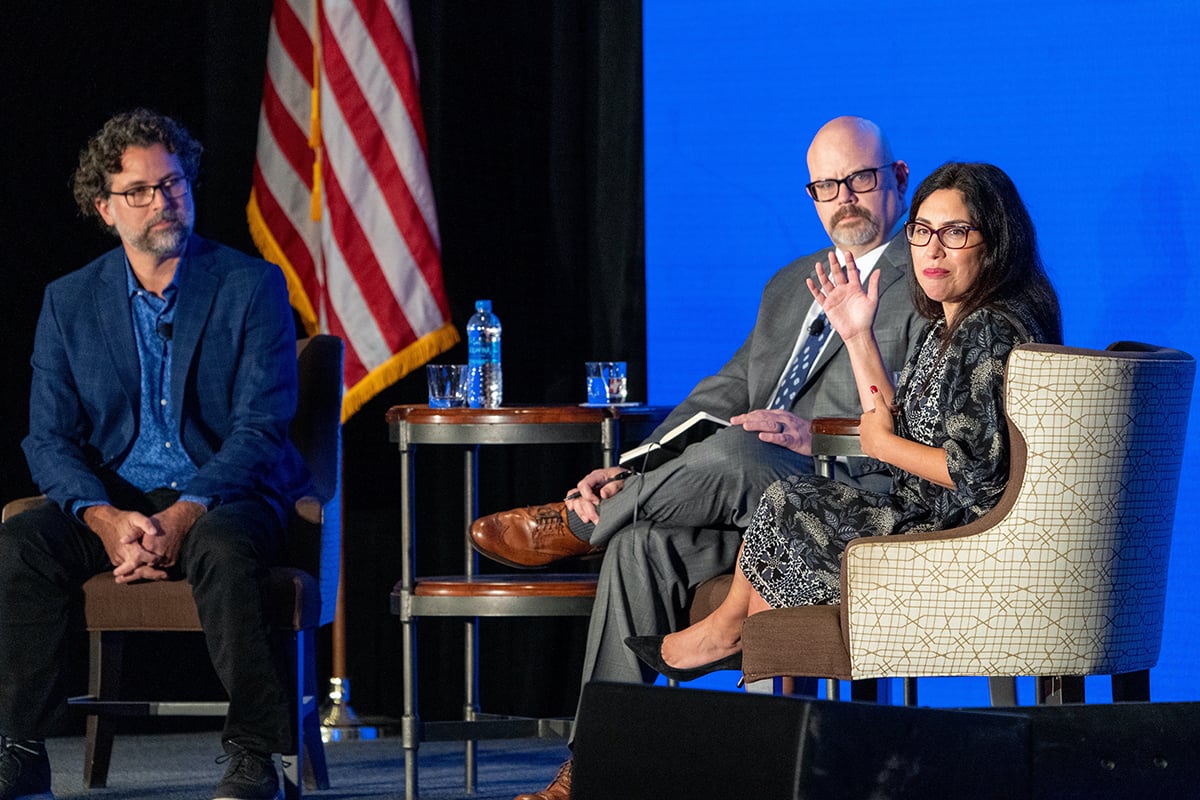 2021 Bradley Impact Conference sessions examined the pervasive cancel culture in America and effective strategies for defeating it. In The Future of Media, panelist John Papola observed, “For all the talk about cancel culture, which is very real, it’s never been easier to get your message out to as many people as possible.” Papola is an award-winning filmmaker and CEO of Emergent Order Foundation, a non-profit studio dedicated to heroic storytelling that promotes a culture of American freedom.

Since 2016, use of digital media has increased 39%, surpassing use of traditional media in 2018. At the same time, public trust in media is plunging: Just 33% of likely U.S. voters trust the political news they are getting.

It was a theme echoed by moderator Chris Krug, President and Publisher of Franklin News Foundation. Under Krug’s leadership, Franklin publishes The Center Square, a national newswire service that delivers high quality statehouse journalism in 43 states.

Panelist Vanessa Mendoza, CEO and Founder of Kite & Key Media, illuminated the importance of creating easier access to online, digestible, and verified public policy information, saying “The vast majority of Americans care about the direction of this country but they’re going to work in the morning, they’re raising their kids, they’re thinking about an elderly parent, they’re not thinking about public policy in the ways that we do. Kite and Key is trying to create a bridge from that public policy space to the everyday person who doesn’t think to reach out for it. They’re making decisions that are public policy relevant every single day, but they’re not always thinking about how they grab the right resource. They’re most often listening to opinions of their neighbors and friends or people on social media rather than getting to original sources they can trust.”

This conversation about the duality of cancel culture and media as both a source for its spread and a solution for overcoming it continued in Defeating Cancel Culture. Moderator and Bradley Impact Fund President Gabe Conger had an insightful conversation with Dr. Ryan T. Anderson, President of the Ethics and Public Policy Center. Anderson focused on one of the reasons cancel culture is so dangerous to the American republic when he explained, “The nature of cancel culture is it’s not that we’re going to have a debate on the Second Amendment, we’re going to prevent you from even having that debate by saying you can’t fund the organizations that are going to give voice to your position. We’re going to shut it down prematurely from even happening.”

Later, Anderson responded to an Impact Fund member in the audience who asked for a recommendation on practical actions for counteracting cancel culture. Anderson said, “We [the conservative movement] shouldn’t cancel people. We should disagree with them more. The way that we’ve done this historically is to say look, part of what equality means is that we respect the law, we each have the right and freedom of speech to say our piece.”