The Victims of Communism Memorial Foundation is an educational, research, and human rights organization devoted to commemorating the more than 100 million victims of communism and to pursuing the freedom of those still living under totalitarian regimes. Located two blocks from the White House in the heart of Washington, D.C., the Victims of Communism Museum opened on June 13, 2022.

Q: Given the threats that America is facing both internally and around globe, why is the mission of Victims of Communism Memorial Foundation so vital to America today?

VOC’s mission is vital because an estimated 100 million people died under communism, but we have largely not educated future generations about this evil since its “fall” in 1989–1991. I was a student at the time, so I remember parents and teachers crying tears of joy at the fall of the Berlin Wall. I knew what it symbolized—the end of the Cold War and the threat posed by an evil empire. But no one younger than me has any lived experience of that. The “End of History” thesis that was so popular in the nineties after the wall came down was, unfortunately, wrong. We thought that the old Cuban dictators, the Castros, would soon be out of power. China would be forced to liberalize as their economy opened up.

But “the end of global communism” didn’t happen. In fact, 1.5 billion people still live under this evil ideology today. We’ve seen Cuba’s version of communism spread as it gained influence in Venezuela and Nicaragua and other parts of the region. In China, we’ve seen for the past decade that Xi Jinping, a brutal communist leader, is leaning much more into his Maoist roots than any other leader since Mao. 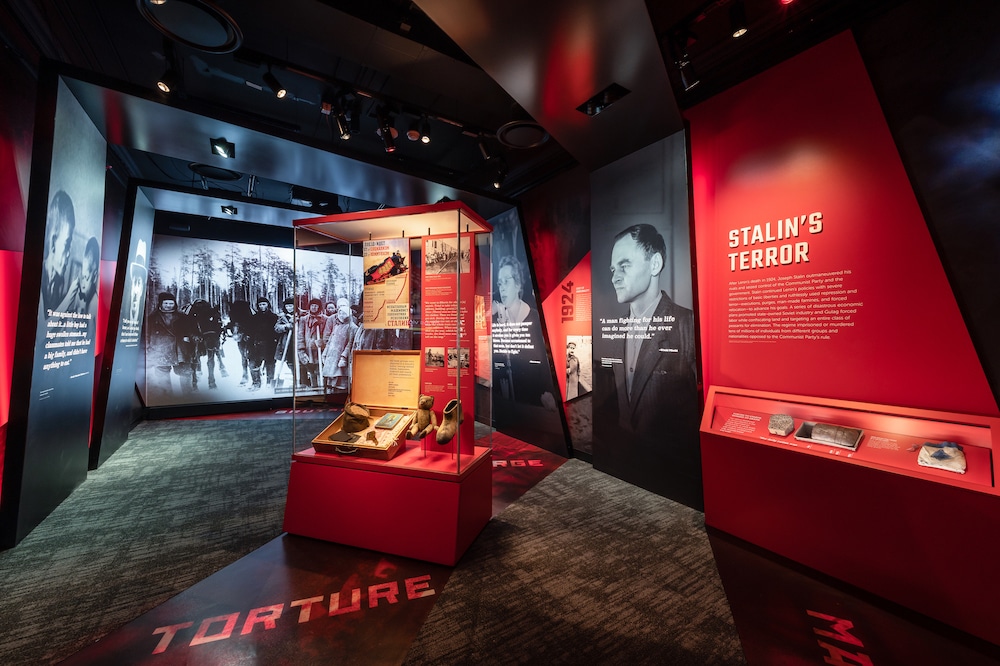 Q: It was wonderful to see the enthusiasm around the museum’s opening in June. How do you think it will impact visitors?

Well, we had a school come through the other day for the first time, and you can see the impact of putting a face on the wreckage done by communism. Visitors are surrounded by powerful, immersive exhibits that bring you into the stories of those who resisted—elected officials, resistance fighters, religious leaders, even the die-hard communists who found themselves crushed by the system they helped to build.

In one of the exhibits we have a film on communist gulags in which the images are primarily works of art created by survivors, and the voiceover is their testimonies. The voices come from survivors of the Soviet, Chinese, Cuban, Vietnamese, and North Korean labor camps. By showing what is consistent in their stories, the viewer gains a sense of the themes that connect brutal communist dictatorships, which sheds light on what the ideology is. So, we have both macro, big-picture exhibits, and the intimate stories of the survivors.

Q: What else is VOC doing to educate and inform Americans about the evils of communism beyond the museum?

We’re about to release a new curriculum for teachers to use—a web-based, interactive study platform launching later in the summer. We’ve also started talking to state leaders about integrating stories from the victims of communism into their public education systems. So, we were thrilled to see that Florida and Arizona have passed bills requiring that the truth of communism be taught in public schools. We’re working with a dozen more states to do the same.

In May we published the first-ever hack of Xinjiang police computers showing what Xi Jinping and the Chinese Communist Party (CCP) are doing in the Xinjiang province. We received tens of thousands of files and documents from a hacker that we published as “The Xinjiang Police Files”—the first-of-its-kind deep dive into the thinking, policies, and methods being employed to oppress the Uighur people in Xinjiang. It’s been tremendous to see the number of nations that are changing policies towards China these last few weeks—many of these citing our report as they do so. We even saw the European Union adopt the “Xinjiang Police Files Resolution,” with near-unanimous consent, which directly drew on VOC’s publicized policy recommendations.

Q: You recently traveled to Eastern and Central Europe. Can you tell us what you saw?

Yes, I was traveling throughout the region and was in Romania on February 24, the day Russia invaded Ukraine. It is difficult to convey the depth of what the assault meant to those whose cultural memory includes the terror of Soviet communism. So, to be there as things unfolded, and in light of my role in leading VOC and overseeing the opening of the museum, it was gut-wrenching. I was struck anew by the stark contrast between the reality and popular impression, and at the lack of education, especially with regard to Soviet communism.

Someone who is not ignorant at all about the history of communism is Vladimir Putin. Russia today is not necessarily a communist country, but it is run by a former KGB officer who came up through communism, and that says something about who he is. He has spent years trying to rehabilitate the memory of Josef Stalin—even to lionize him. So, from a current events perspective we need to take that into account if we want to understand what’s going on today.

Q: What should the Bradley Impact Fund donor community take away from our conversation today?

If we want to have a future safe from communism, we have to invest today to make sure young people learn about its horrors. The victims’ voices matter, and they are a powerful antidote to tropes that we still hear, like “Real communism has never been tried.” It most certainly has been tried, and wherever it has been, it leaves a wake of death and destruction. Students need to learn the stories and facts of history, but they also need to know what it looks like today, because it is not gone yet. 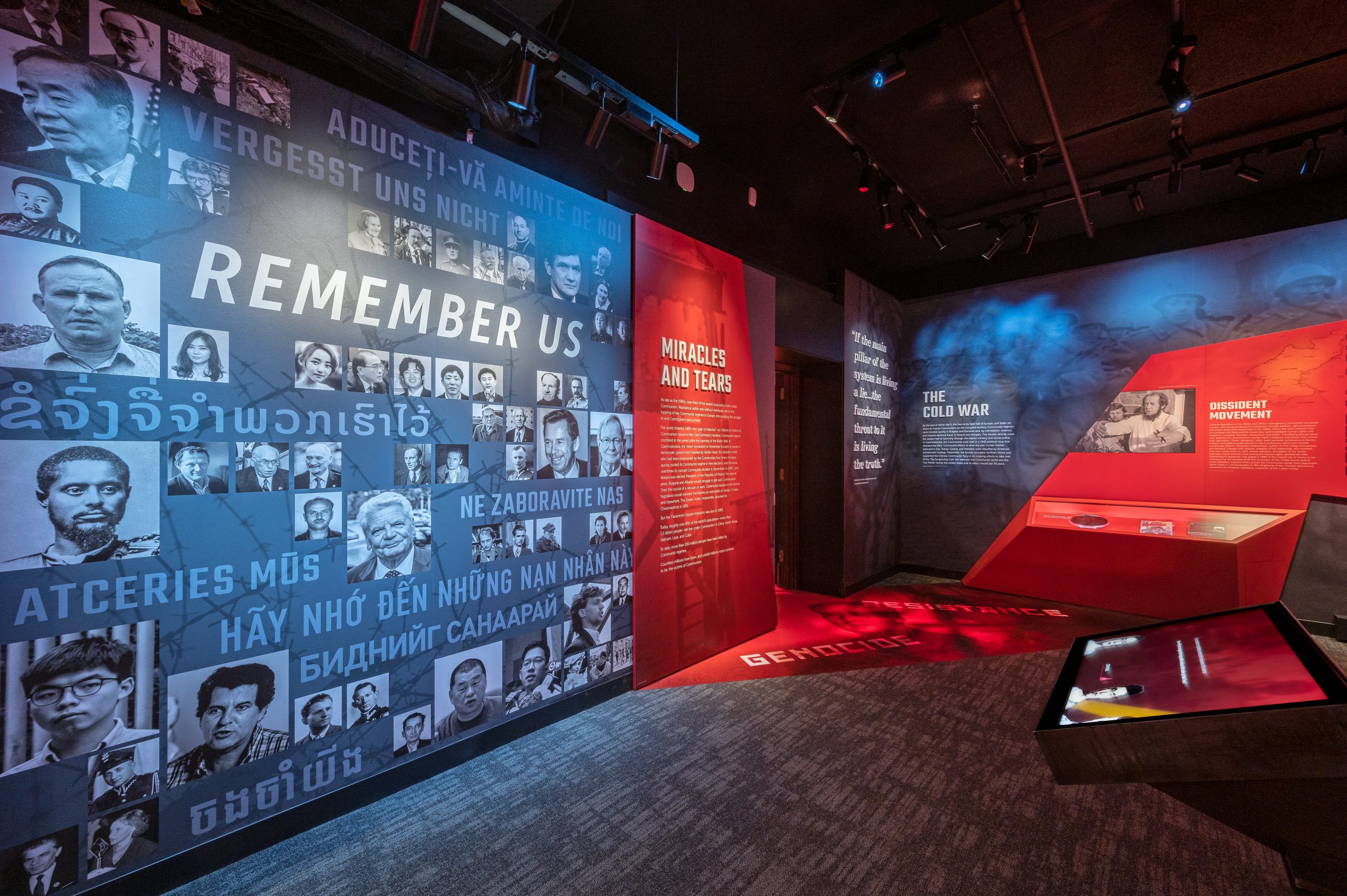