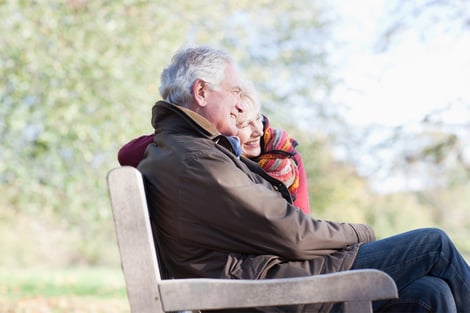 Donors often make large gifts to their alma maters—this is natural; for many successful donors, success began at college and may be traced to an important professor or academic experience. For others, college or professional school was just a great part of their life. Universities have a special place in American life and will continue to receive a large portion of Americans' charitable gifts.

However, donors hailing from the world of business and who generally interface with university leadership and the development office may not fully understand the internal dynamics in academia today. Once the funds are received, the people in charge of spending are largely divorced from the donor; thy may even hold views contrary to the donor’s core values.

Donors making large gifts to universities should understand this issue. If done carefully, a donor can be supportive of his or her alma mater but also be a crucial part of ensuring that American universities support and educate students about American ideals.

Donors can do this by making specific designated gifts. They may want to focus their gift on the finance or accounting program that helped the donor's own initial business efforts. Or, donors can go further. They want to give in a way that requires the recipient university to allow students access to a free market and freedom viewpoint. Perhaps the donor is aware of The Bradley Foundation’s support of the Institute for Human Ecology at The Catholic University of America, which seeks to teach entrepreneurship as a vocation, ultimately in the service of fellow men and civil society. Someone might want to support (or create) a similarly innovative program at his or her alma mater.

Fashioning the donor’s vision for a large gift that can help the donor’s alma mater in a way that fits with the donor’s philosophical values is only part of the challenge. The other component is making sure that the university follows through with using your gift as it has promised to do. There are many stories of universities spending donor funds in ways far outside of donors’ intentions for the gifts.

When donor intent is a priority, donors should focus on structuring their gift in a way that can allow for enforcement of that gift. Here are some strategies to keep in mind:

The gift agreement should not only state the specific purpose of the gift (to fund a program or fellowship), but donors conscious of the issues in academia may want to include a broad “Use Restriction” to make sure that funds given are not used for speakers, professors, and programs in direct conflict with the donor’s values.

Any specific gift should address the concept of fungibility to ensure that funds are spent as specified, and to protect against the university shifting funds away from the project or program the donor is supporting.

The key part of the gift agreement is the enforcement mechanism—creating consequences of the university's failure to follow through. The laws of some states give the donor the right to enforce a gift agreement even with no statement to this effect in the gift agreement. However, some states do not give the donor's heirs legal standing to enforce the terms of a gift unless there is an explicit term in an agreement. In addition, if a donor passes, the donor’s heirs may not be philosophically compatible, and may want to avoid a costly and contentious dispute with a major educational institution.

Consider a Third Party to Hold the Endowment

If the donor is making a gift that will not be spent immediately (but instead, the funds will be used to make an investment return that can be spent annually, such as a professorship or scholarship), the donor may consider establishing the endowment at a third party like the Bradley Impact Fund, with the instructions that the third party charity is only to make distributions to the university if the university continues to abide by the donor's wishes. The Impact Fund can make sure that the terms of the agreement are being followed before releasing future distributions. By giving the Impact Fund the ability to stop payment until issues are resolved, the Fund is positioned to enforce the terms of the gift restriction without having to necessarily resort to litigation.

My mentor used to say that “giving away money is hard work.” For donors making gifts in the academic context, the work is harder than ever before. Donors who want to ensure that their donor intent is followed must do the hard work specifying that intent and making sure that it is enforced. The Bradley Impact Fund can absolutely help.

Giving to Your Alma Mater with the Impact Fund

If your alma mater remains close to your heart, the Bradley Impact Fund can help you ensure gifts to your college or university are organized, powerful and intentional. Our professional staff is experienced with the dynamics of university giving. To start the conversation, please give us a call today at 414-291-2500.